American Land Company has been run and owned for 33 years by a fifth generation ranching family. The Daniel family has been involved in cattle, oil & gas, ranching and development that goes back to the homestead days, when Texas was first settled, providing over 10% of all Texas beef during that period.

JW grew up on 2 of the largest historical ranches in Texas and became one of the most awarded horsemen in the country.

JW became one of the most awarded horsemen in the country.

Initially his education and business focus was in agriculture, going to Texas Tech, then was on staff for 10 years with Texas A&M and the US Department of Agriculture, one of the top 10 experts in Agricultural Leadership Development.

At Harvard, JW was trained under Dr. Michael E. Porter, PhD, then joined the Society of Competitive Intelligence Professionals, developing his marketing and competitive intelligence expertise on an international scale. He helped drive multiple billion dollar revenues with 52 of the Fortune 500 corporations, such as FedEx, General Mills, Dow Chemical, 3M, Dupont, NW Airlines, and Pillsbury. (others pictured below)

In the last decade, JW became the Corporate Intelligence Officer for Best Buy, where he was responsible for their pricing strategy in the US domestic market, opening up markets in the Far East, and developing war room strategies that took Best Buy from 24 Billion to 46 Billion.

Currently, JW is bringing his global business background to American Land Company and developing an area of West Texas, known as the Comancheria, with oil and gas, mining, alternative energy and sustained agriculture. 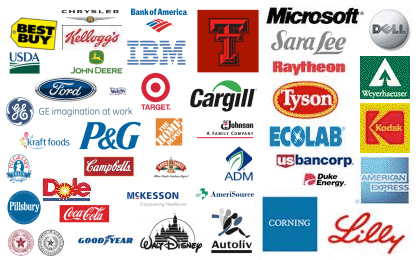