JW grew up as a West Texas cowboy, but his spirit was rooted in his Native American heritage, with Cherokee, Choctaw and Creek blood, and was also adopted into the Comanche tribe.

His great uncle was a friend of Teddy Roosevelt, Frank James and Quanah Parker, the last chief of the Comanche Indians. JW grew up hearing stories of the Native American way, and Quanah’s vision, who hoped someday that the area known as the Comancheria, the original homeland of the Comanche tribe, would be able to influence the world for good. 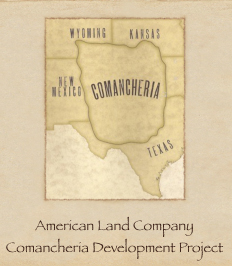 Not only did he hear stories of the wild, wild American west, and the previous thousands of years of Native American oral history, but also the heart and way of the ancestors, living in physical and spiritual communion with Mother Earth. Respect for the land, love of every form of life ... human and non-human, harmony between humans, harmony between humans and nature ... everything on earth is loved and revered.

JW believes in harmony between humans and nature

JW not only desires to do mining that is environmental and clean, farming that is sustainable, oil and gas in synergy with nature, developing alternative and renewable energy from things like algae, but also to build a smart city with bottom-up empowering systems, good organic food and clean water, building factories and businesses, providing tens of thousands of jobs for Native Americans and other West Texans, embracing the environment and people to become all they were meant to be.